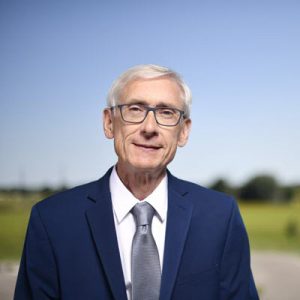 On November 6, 2018, the people of Wisconsin voted Tony Evers the 46th governor of Wisconsin. Prior to his election, he served as the Wisconsin State Superintendent of Public Instruction winning statewide elections in 2009, 2013, and 2017. With over three decades of public education experience, Governor-elect Evers has dedicated his life to fighting for Wisconsin’s kids and serving the people of Wisconsin.

As a life-long educator, the governor-elect believes in bringing people together to solve the problems facing our state and putting the people of Wisconsin first.

He began his career in 1976 and has served Wisconsin students, parents, and citizens all over Wisconsin in Tomah, Oakfield, Verona, and Oshkosh.

Born and raised in Plymouth, Wisconsin, Governor-elect Evers graduated from Plymouth High School and earned his bachelor’s, master’s, and doctoral degree in educational administration from the University of Wisconsin-Madison. He is married to his high school sweetheart, Kathy, an educator. They are parents of three adult children, all public school graduates, and have nine grandchildren.